Are your company looking for the perfect teambuilding and company event? Then Odense Aafart has the perfect event for your – our Mystery Tour. 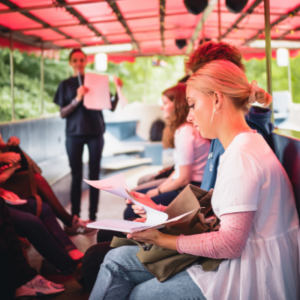 It is a thrilling riddle hunt where you need to solve the mystery of The Secret Brotherhood. This tour is a perfect cocktail of teamwork, competition, and a glimpse of the history of Odense. Odense Aafart will sail you and you colleagues from Munke Mose to Fruens Bøge where you will get off the the games will begin

Once upon a time, Fruens Bøge was a place the the rich and finest people of Odense sailed to in order to party, eat, and drink at the many restaurants. However, nobody knew that secret, dark forces suppressed the city. A secret brotherhood of men had existed with their own agenda to hunt the heritage of Oluf Bager. This if were you are going to help! 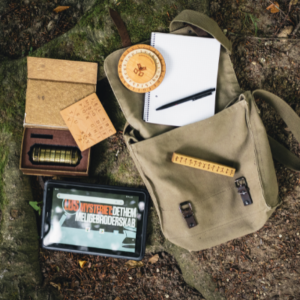 You will be sorted into smaller tams her you will receive an iPad that you need to bring with you to Fruens Bøge. On the boat, you will be told the story of Oluf Bager and The Secret Brotherhood På sejlturen ud får I fortalt historien om Oluf Bager og Det Hemmelige Broderskab along with the first couple of clues. At the arrival to Fruens Bøge, the race against time begins! You need to think fast, lie, perform, solve puzzles, and overcome several obstacles on the way!

This is the opportunity to ave a great teambuilding experience that will strengthen tour teamwork on several respects. After two hours, you will be gathered on the boat and sailed back to Munke Mose where the winning team will be announced. 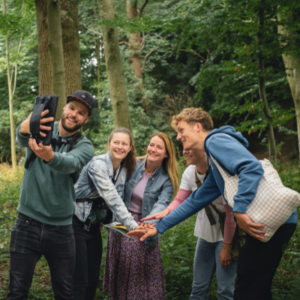 Mystery Tour is the perfect choice for a teambuilding experience and company event.  Be prepared for some fun, entertaining, and competitive hours where you as a team need to work together, think creative, and be patient.

If this sounds like something for your company, please Contact us and we will make sure that you will have an unforgettable day with your colleagues.